Tour Details Kashmir 6N/7D Jammu and Kashmir is a state in northern India, often denoted by the acronym J&K. It is located mostly in the Himalayan mountains, and shares borders with the states of Himachal Pradesh and Punjab to the […]

Jammu and Kashmir is a state in northern India, often denoted by the acronym J&K. It is located mostly in the Himalayan mountains, and shares borders with the states of Himachal Pradesh and Punjab to the south.

In the first half of the 1st millennium, the Kashmir region became an important centre of Hinduism and later of Buddhism; later still, in the ninth century, Kashmir Shaivism arose. In 1339, Shah Mir became the first Muslim ruler of Kashmir, inaugurating the Salatin-i-Kashmir or Shah Mir dynasty. Kashmir was part of the Mughal Empire from 1586 to 1751, and thereafter, until 1820, of the Afghan Durrani Empire. That year, the Sikhs, under Ranjit Singh, annexed Kashmir. In 1846, after the Sikh defeat in the First Anglo-Sikh War, and upon the purchase of the region from the British under the Treaty of Amritsar, the Raja of Jammu, Gulab Singh, became the new ruler of Kashmir. The rule of his descendants, under the paramountcy (or tutelage) of the British Crown, lasted until the partition of India in 1947, when the former princely state of the British Raj was claimed by both Pakistan and India. It is currently a disputed territory, administered by three countries: India, Pakistan, and China. 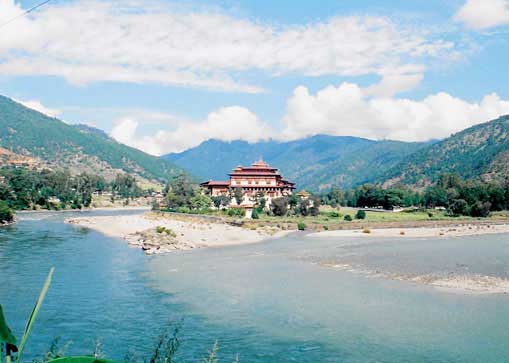 Kashmir’s economy is centred around agriculture. Traditionally the staple crop of the valley was rice, which formed the chief food of the people. In addition, Indian corn, wheat, barley and oats were also grown. Given its temperate climate, it is suited for crops like asparagus, artichoke, seakale, broad beans, scarletrunners, beetroot, cauliflower and cabbage. Fruit trees are common in the valley, and the cultivated orchards yield pears, apples, peaches, and cherries. The chief trees are deodar, firs and pines, chenar or plane, maple, birch and walnut, apple, cherry.

Historically, Kashmir became known worldwide when Cashmere wool was exported to other regions and nations (exports have ceased due to decreased abundance of the cashmere goat and increased competition from China). Kashmiris are well adept at knitting and making Pashmina shawls, silk carpets, rugs, kurtas, and pottery. Saffron, too, is grown in Kashmir. Efforts are on to export the naturally grown fruits and vegetables as organic foods mainly to the Middle East. Srinagar is known for its silver-work, papier-mâché, wood-carving, and the weaving of silk. The economy was badly damaged by the 2005 Kashmir earthquake which, as of 8 October 2005, resulted in over 70,000 deaths in the Pakistan-controlled part of Kashmir and around 1,500 deaths in Indian controlled Kashmir. The Indian-administered portion of Kashmir is believed to have potentially rich rocks containing hydrocarbon reserves.